The Educational Journal of the

A 21-year-old female with left hemispheric focal epilepsy due to malformation of cortical development who had a seizure during wakefulness. At the time, her parents were talking in the background. The seizure is characterized by biting of her lip and clasping of her hands and a lack of interaction with her environment, although she seemed to nod appropriately in response to portions of her parent’s conversation. The seizure end is characterized by abrupt return of responsiveness and return of speech. The parentswere unaware of the seizure. Afterwards, the patient reported that the onset of seizure was characterized by a feeling of heat over the whole body. 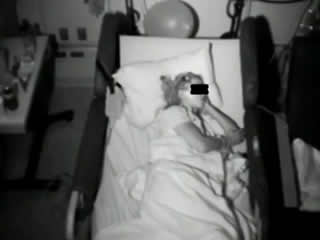 An 18-year-old female with left temporal lobe epilepsy secondary to a cavernous malformation with a seizure during sleep. Initial EEG seizure is without clinical correlate, however, the patient is later aroused withswallowingmovements and hand automatisms. Soon after the end of the electrographic seizure, the patient wipes her nose and returns back to sleep. 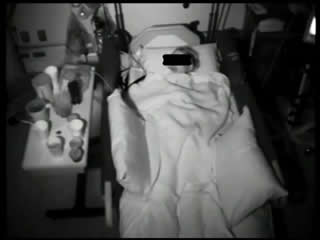 A 30-year-old female with bitemporal lobe epilepsy secondary to autoimmune limbic encephalopathy who had a seizure during sleep. The seizure is characterized by an arousal, eye opening with blinking, neck extension, and what appears to be arm posturing, which is obscured by sheets. At the end of the seizure, the patient returns back to sleep with no awareness of the seizure. The patient had similar seizures duringwakefulness, where examination revealed that she was unresponsive. 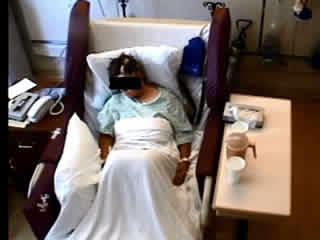 A 57-year-old female with left temporal lobe epilepsy with a seizure occurring during sleep. The seizure starts with restless movements, then hand automatisms, with seizure ending signs of a deep sigh, and then arousal.