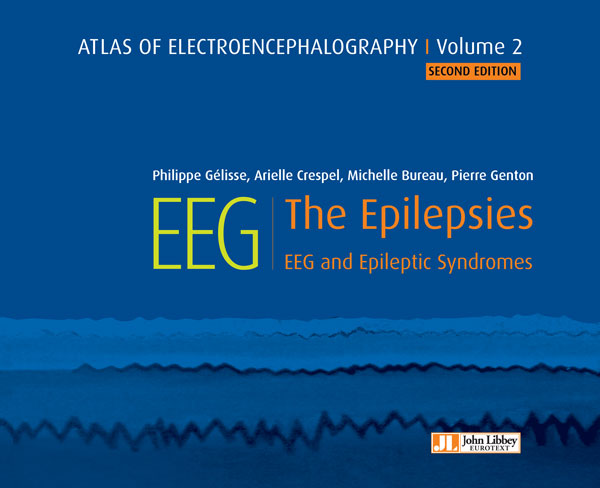 A new Classification approach to epilepticseizures and to the epilepsies became official in 2017.

Several aspects in terms of terminology have been included in this book and most of the chapters have been rewritten. This volume focuses on epilepsies in their diversity. It is richly illustrated, and each EEG plate is analyzed in order to highlight the most significant elements to be used both for the diagnosis and interpretation.

The originality of this textbook lies in its patient-based approach, thereby avoiding the pitfall of a formal presentation of EEG documents without their clinical context. Hence electroencephalography is placed at the core of the diagnostic and therapeutic discussion concerning patients with epilepsy.

Given the practical orientation of this Atlas, the focus is on common forms of epilepsies; nevertheless, some less common, more intriguing forms
have also been illustrated.

◊ A synthetic text summarizes the present approach to the main epilepsy categories. This Atlas is designed for all the actors who may be involved with patients with epilepsy.

Physicians who deal with EEG will find it a valuable tool to improve the education of their early years, to help them with their interpretations later on, and for teaching purposes when more experienced. But it will also prove useful for all the physicians interested in epilepsy, as well as EEG technologists intent on providing quality recordings, and other professionals.

The authors have extensive national and international experience in teaching about EEG; they have written numerous scientific publications in the field.